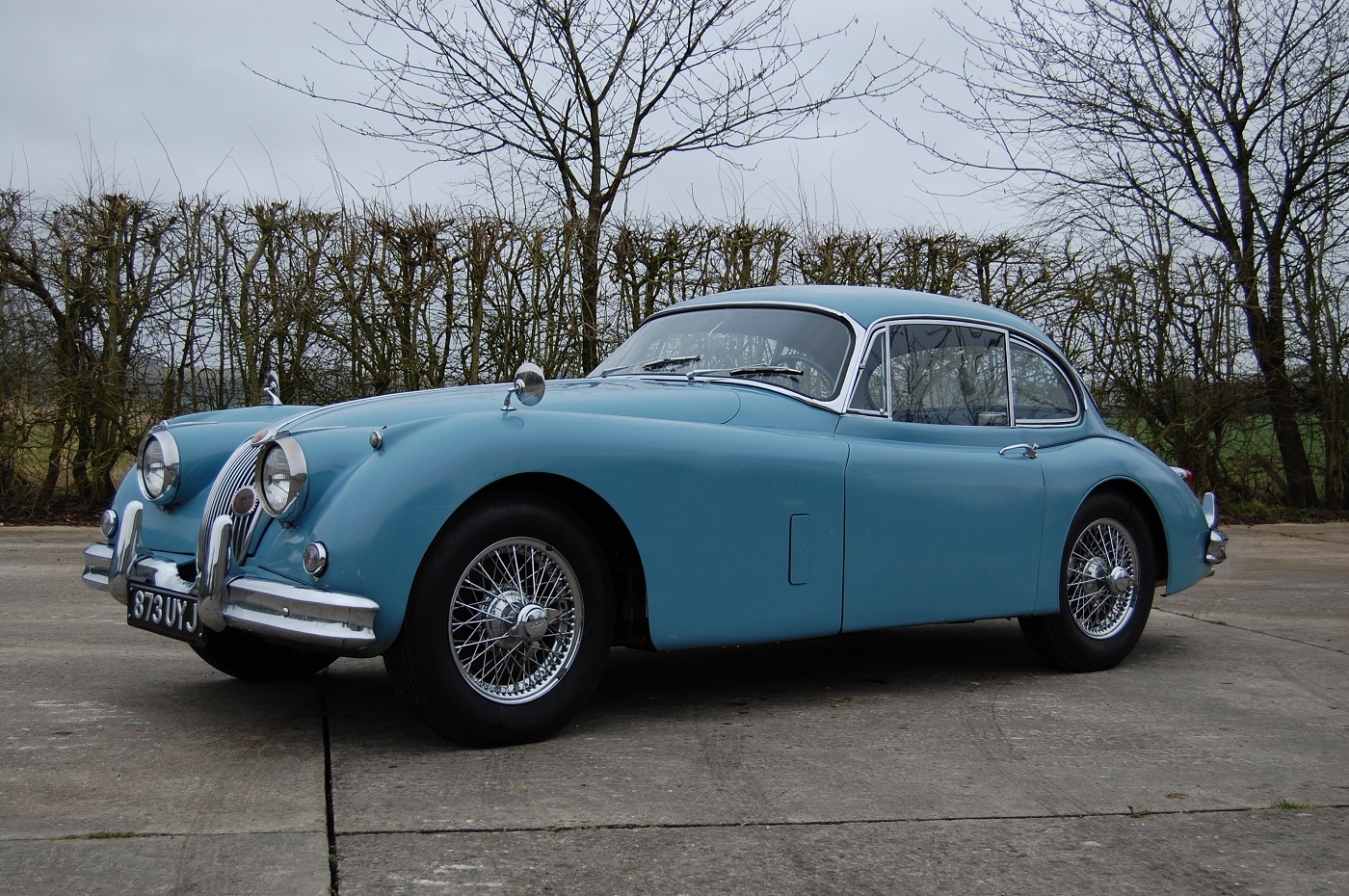 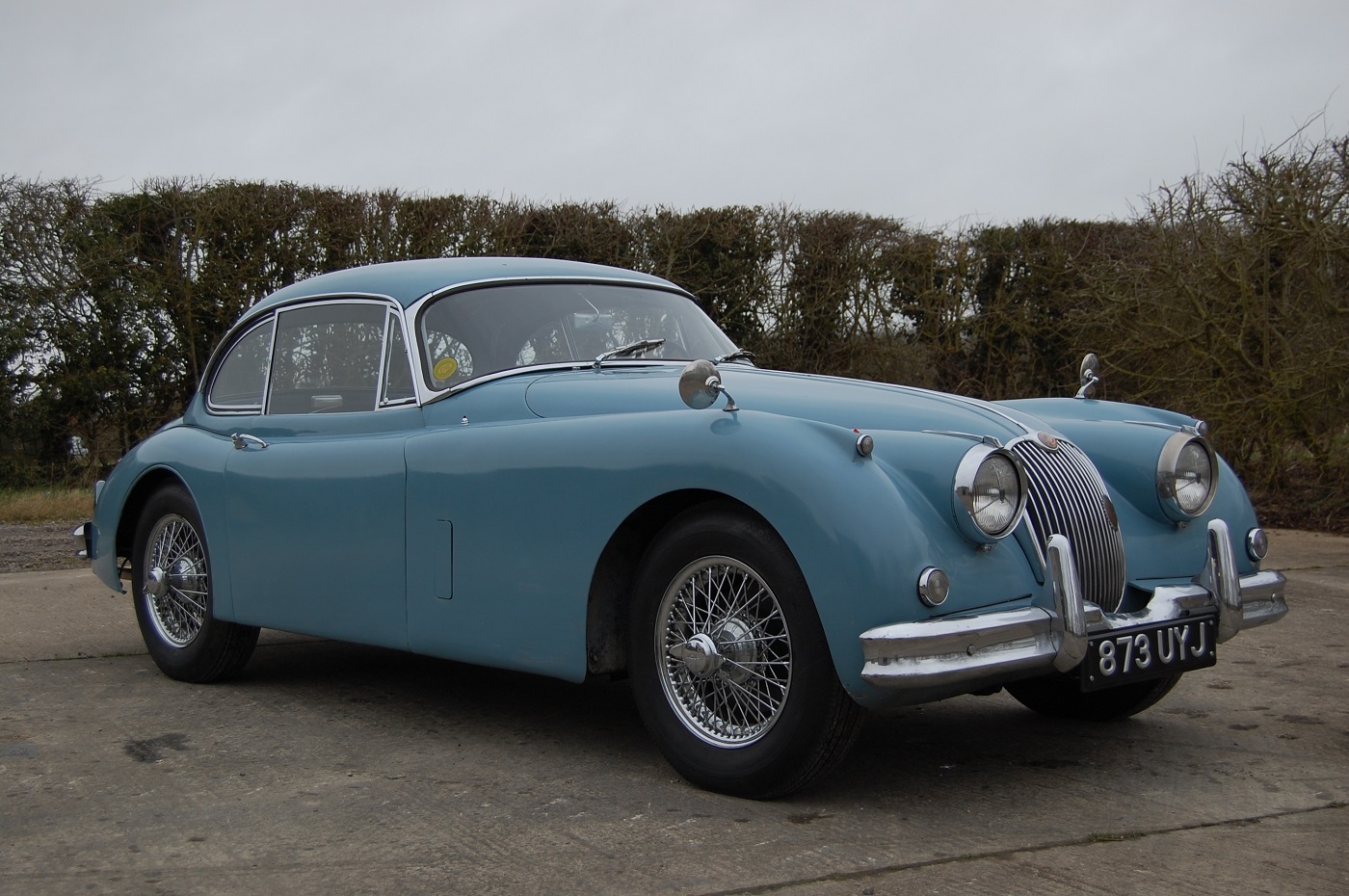 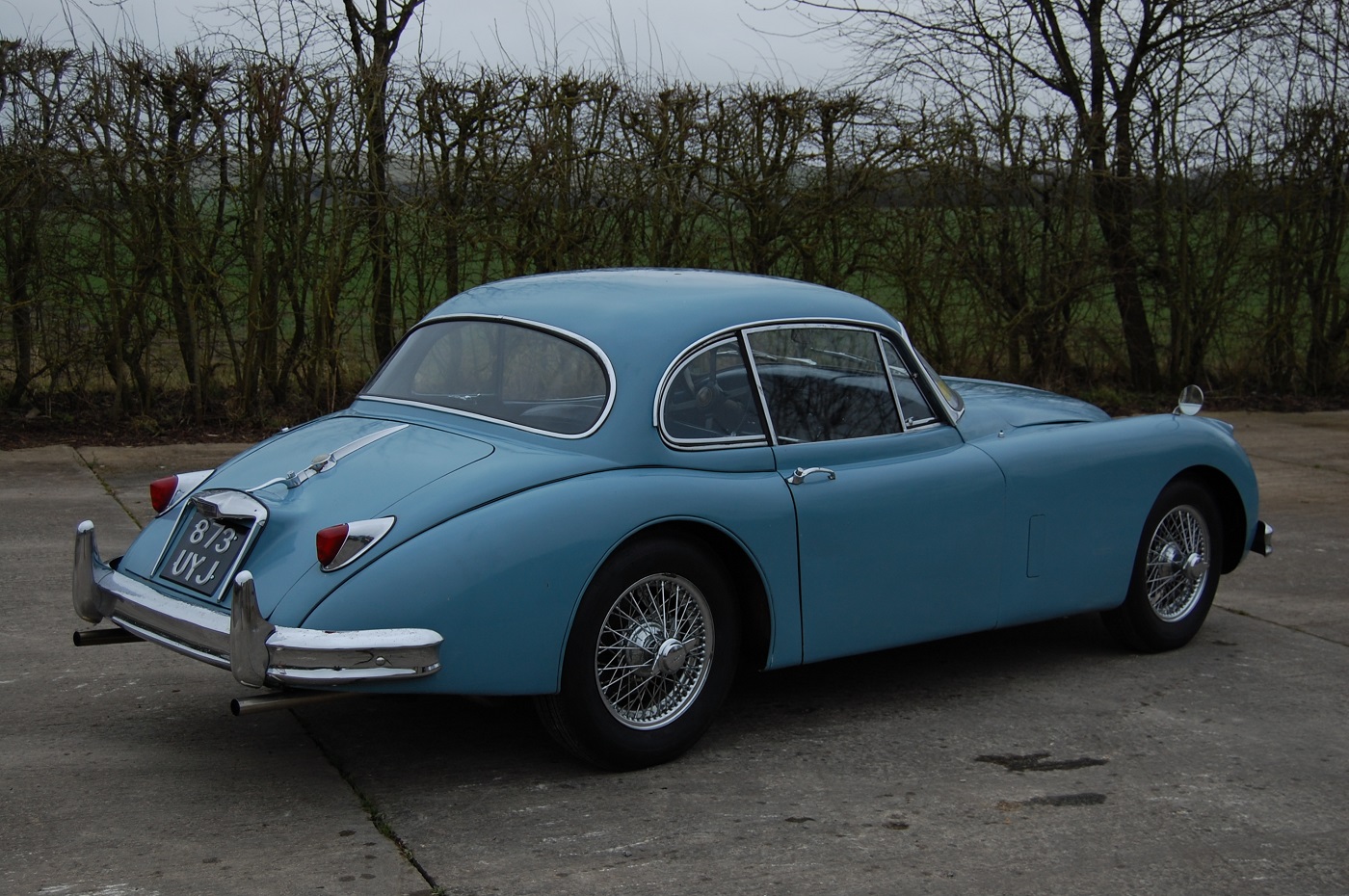 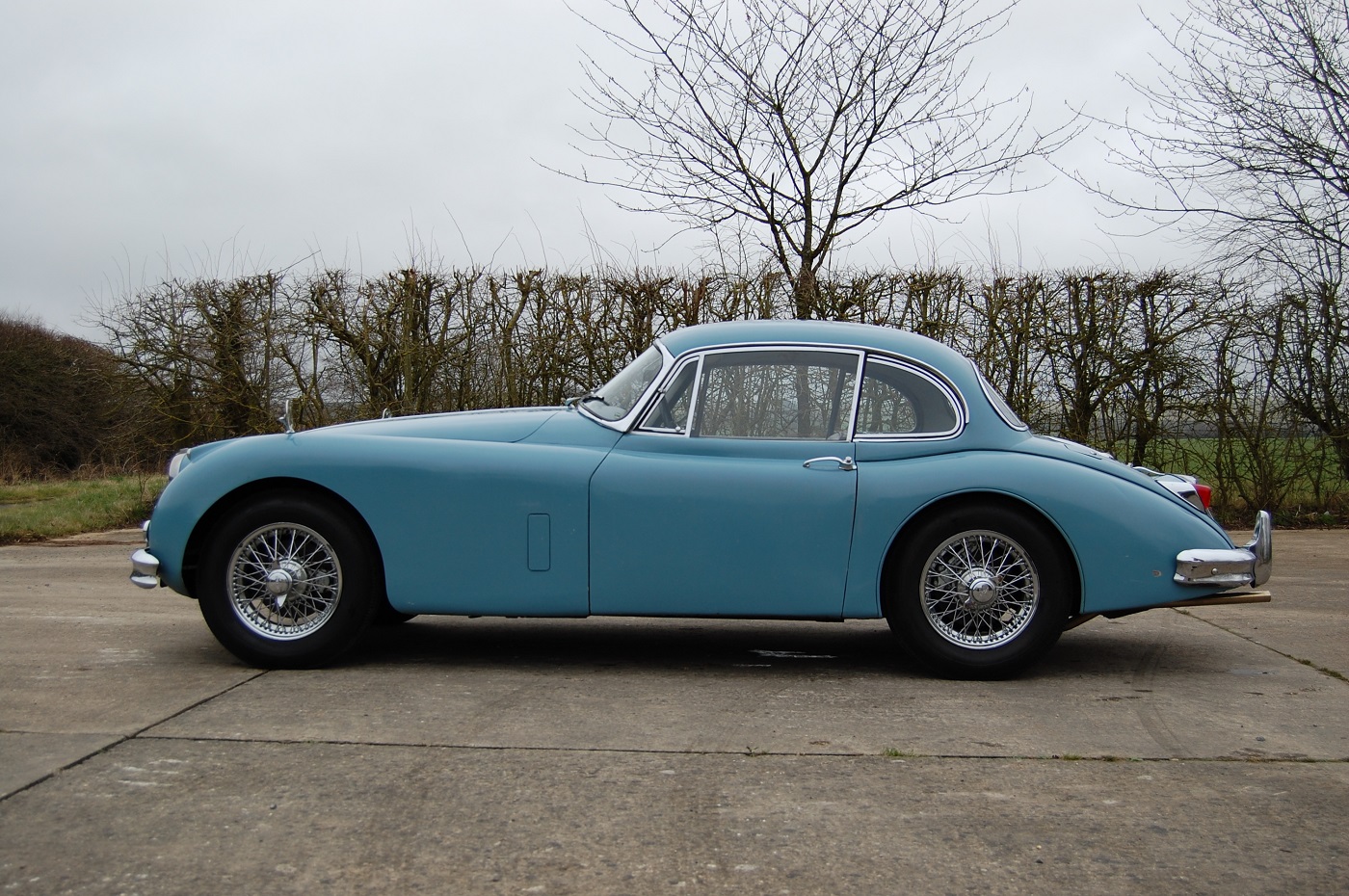 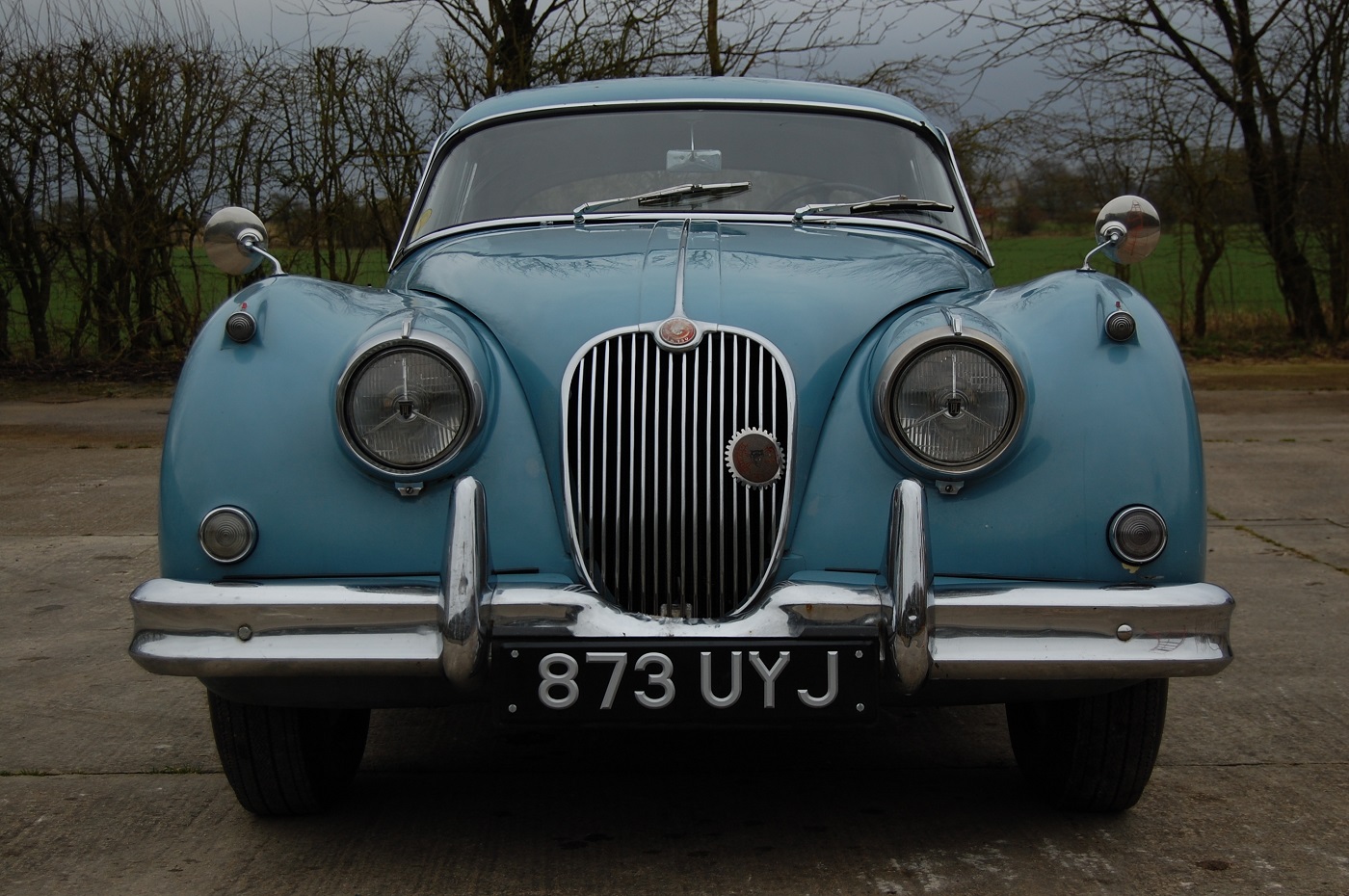 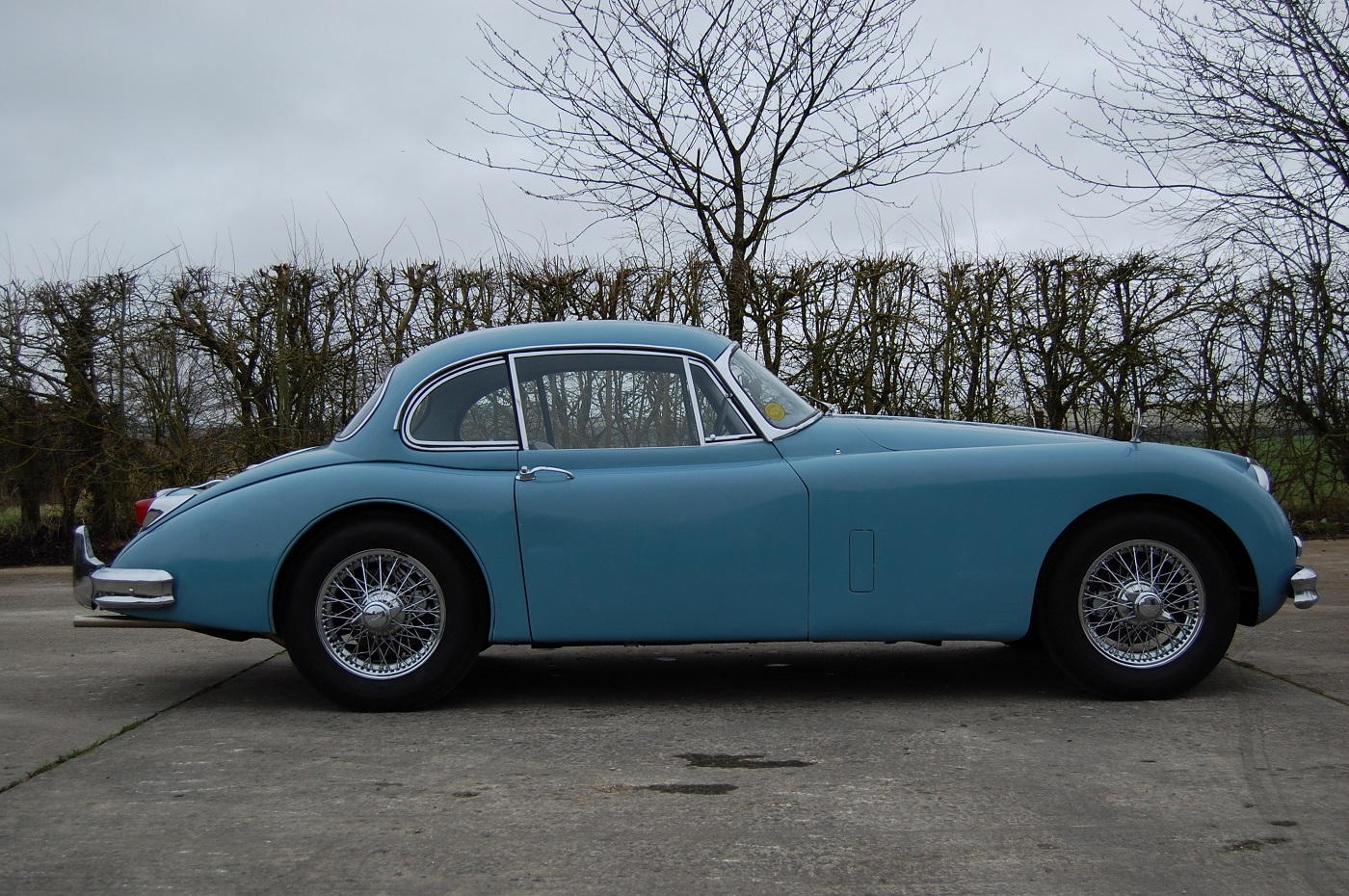 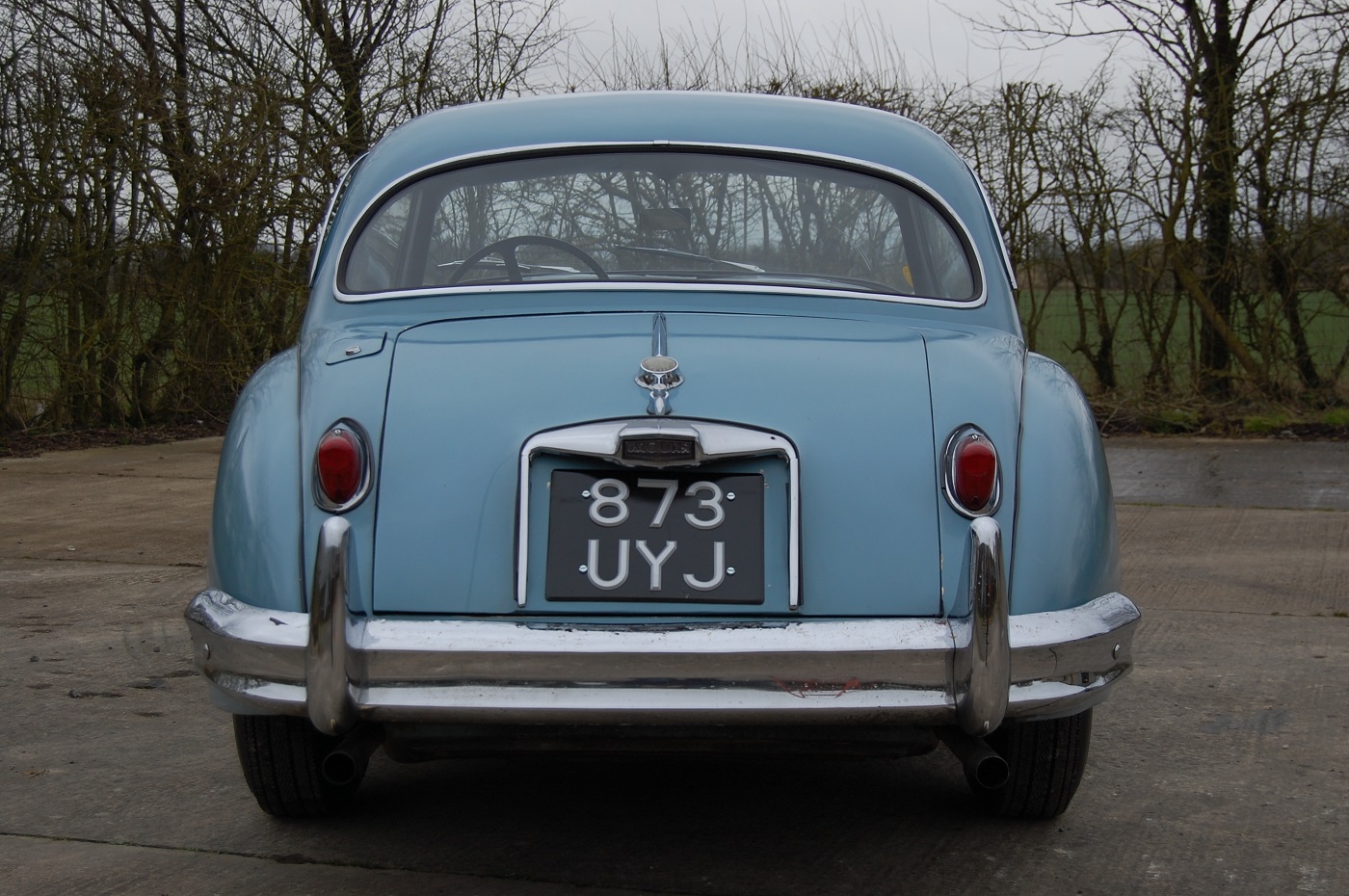 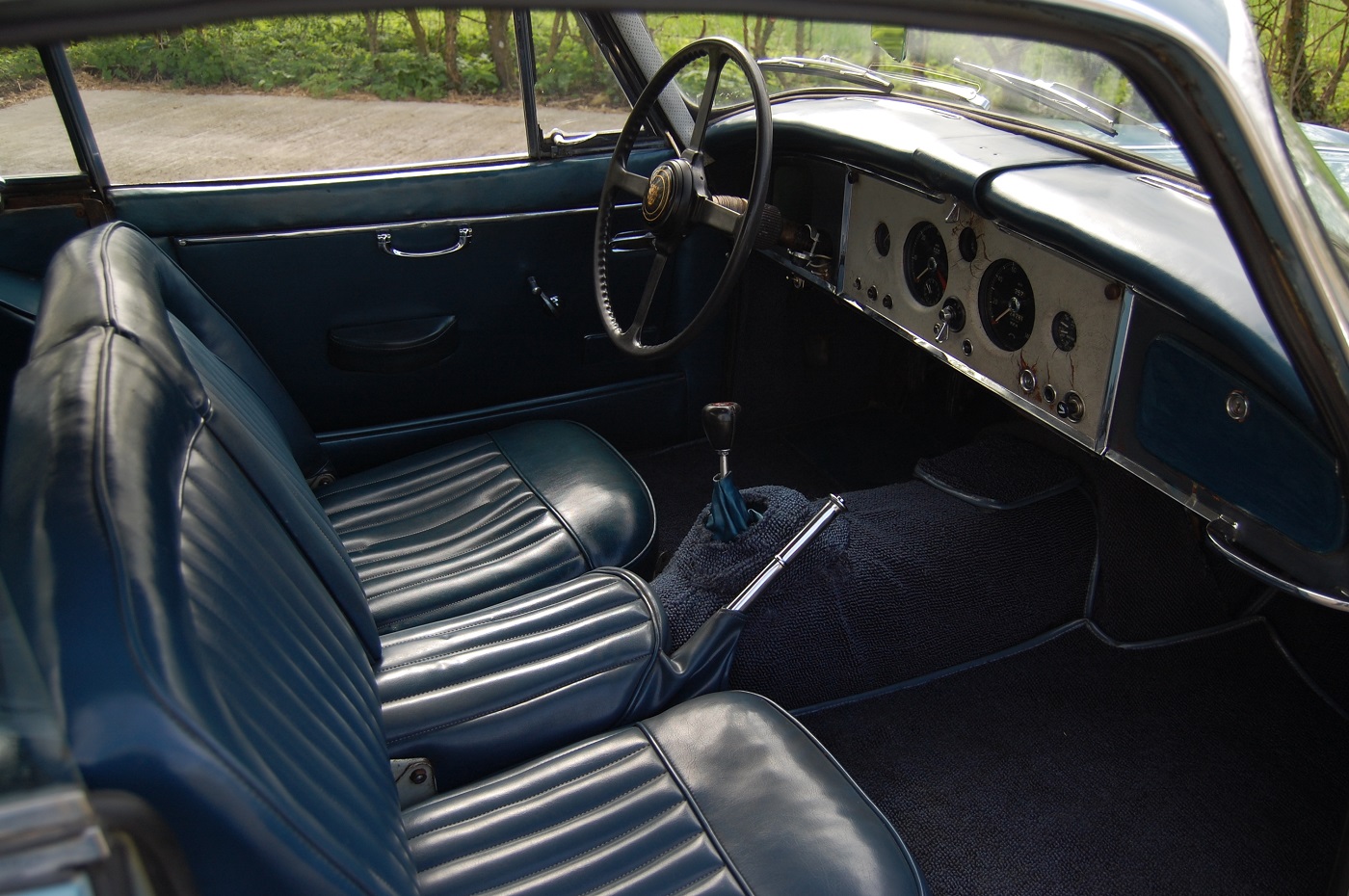 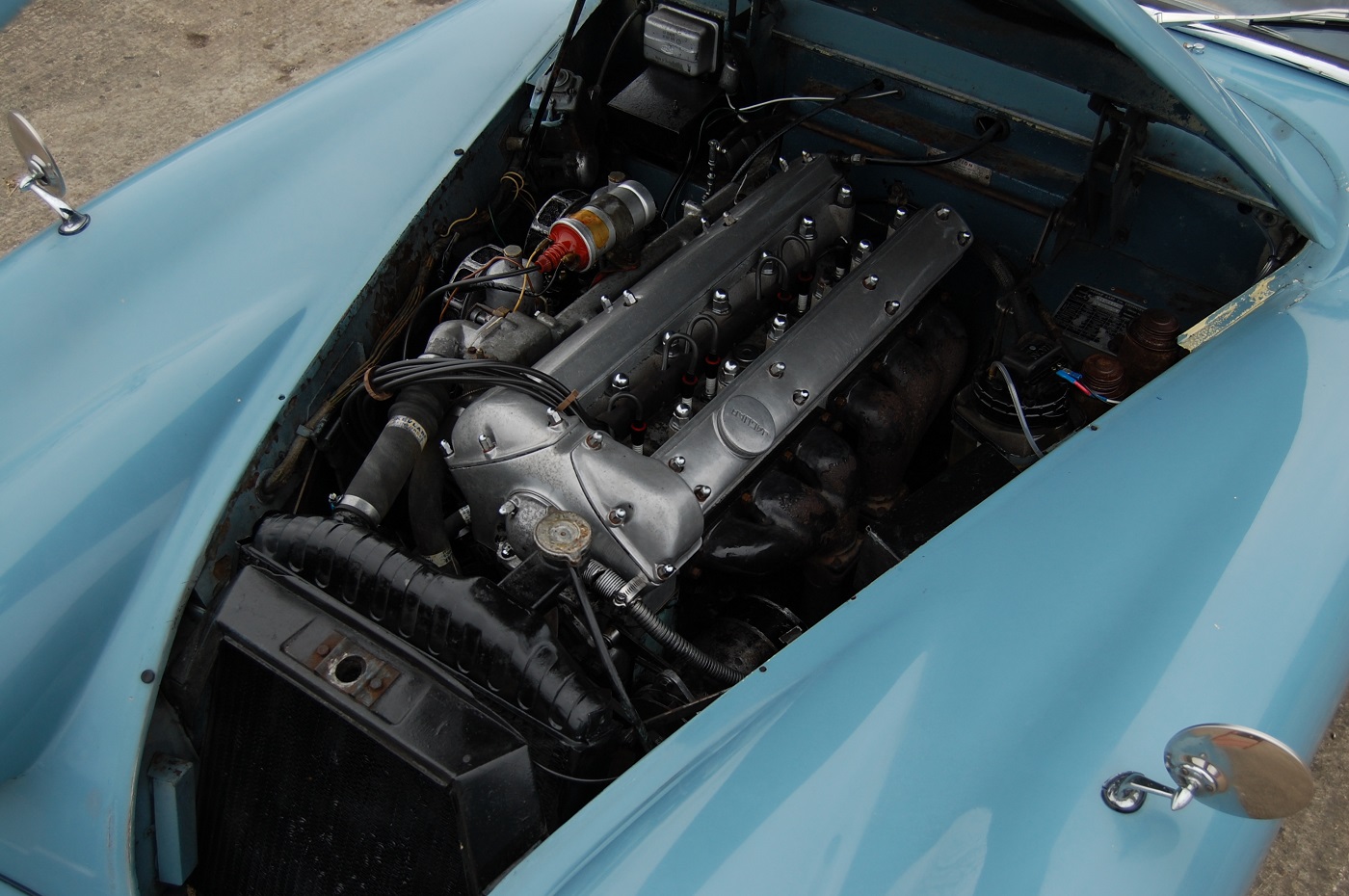 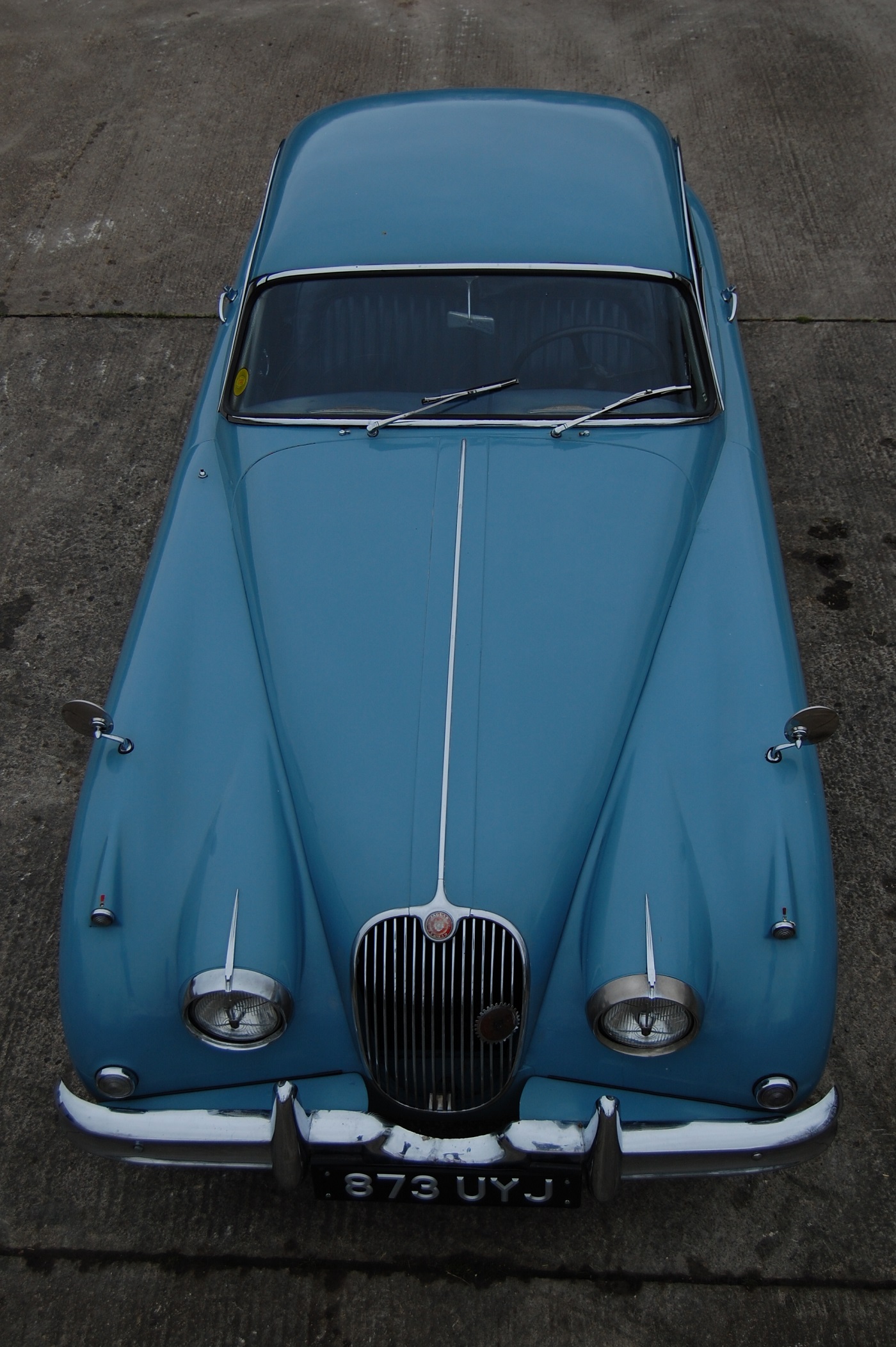 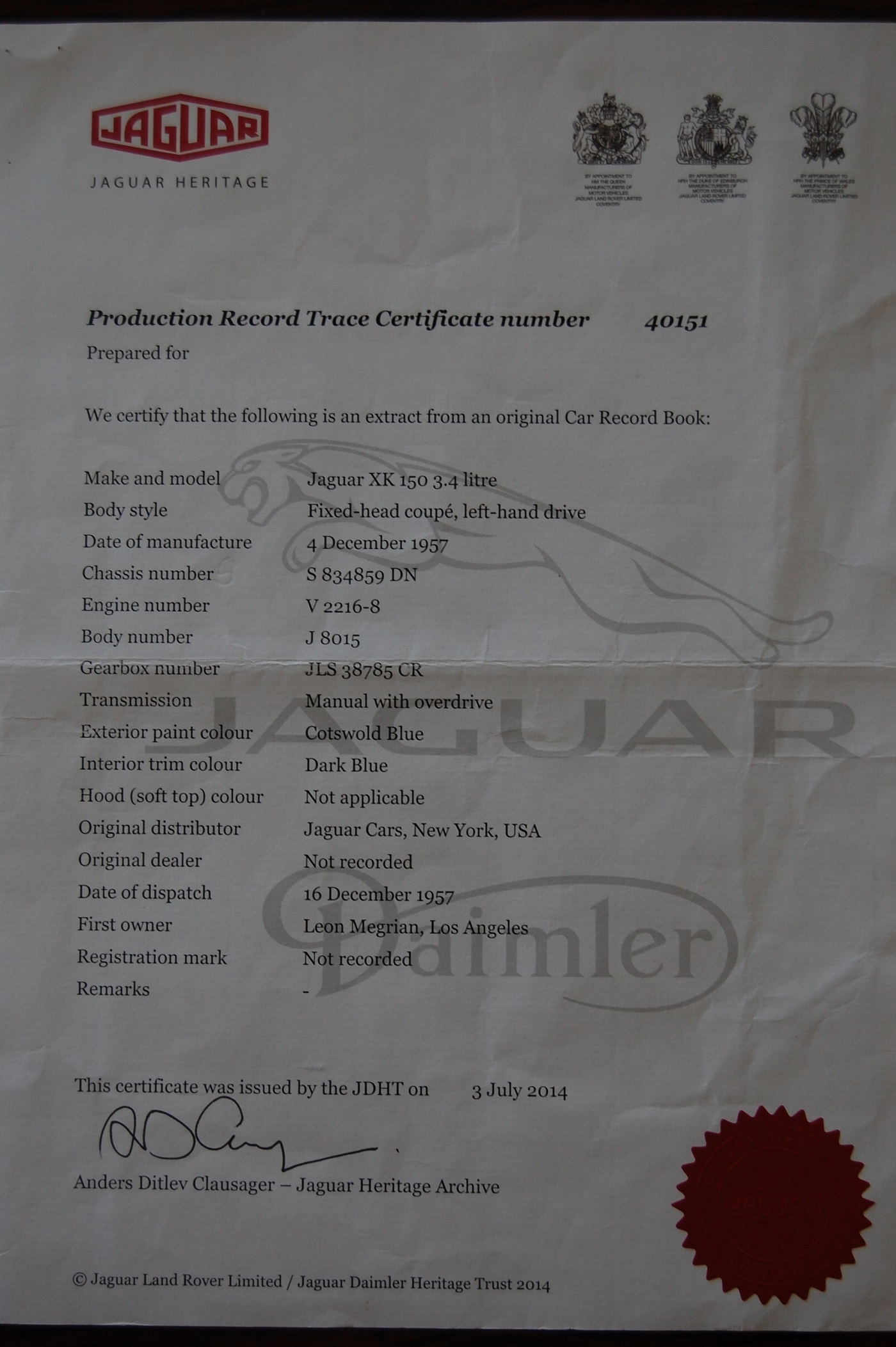 For sale here is a lovely 1957 Jaguar XK 150 fixed head coupe that is finished in its original colour scheme of Cotswold Blue with a dark blue interior. It is a matching numbers car and was fitted from new with a close ratio manual gearbox and overdrive. Today 873 UYJ is best described as a good, solid, driving example that is ready to be used and enjoyed straight away whilst there is a little room for improvement, cosmetic in the main.

The Jaguar Heritage production record certificate that accompanies 873 UYJ confirms that it was built in left hand drive form on the 4th December 1957 and shipped to Jaguar Cars distributers of New York and then bought new by a Mr Leon Megrian of Los Angeles.

Nothing of any real significance is known of its early history only that whilst in America the car resided in dry states and its last certificate of title was from Arizona. Around 1990, 873 UYJ was bought by a Dutch collector and commercial pilot. He kept the car until relatively recently when it was bought in 2014 purely by chance by another retired commercial airline pilot and car collector here in the UK. The current owner has always had quite an eclectic taste in cars, but the running theme has always been Jaguars. With some other projects on the way and space needed it has been decided to put 873 UYJ on the open market.

The new owner will find a Jaguar that they can jump in, fire up and simply use straight away. It starts easily and once warmed up drives nicely. The engine is strong and holds good oil pressure and there are no signs of smoke. There is however an oil leak but we have been advised that when the car is used more this seems to ease up. Selecting the gears is easy although there is a bit of a whine to first. The brakes work well and appear to have had some recent maintenance as all the callipers look relatively new. The same can be said of the stainless-steel exhaust system and chrome wire wheels. The pictures you see are current and give a fair overall view of the car but as previously mentioned there is room to improve the paintwork. There is the odd blemish and dink to be found. The chrome work could be a little better in places, the rear bumper for instance is showing its age somewhat. The interior is good overall but does show some signs of use and age in places. The windscreen has a stone chip in it and some wiper blade scratch marks to the passenger side. The battery inner wheel arch cover is also missing. The engine bay is tidy and presents well.

So as you can see we have a good, usable XK150 here, one you could almost use everyday if needs be without having to be too precious about it. There are a few areas to further invest in 873 UYJ which has been reflected in the asking price. An asking price we feel represents good value in today’s current market. Having said that, none of these improvements are essential and there is nothing stopping the new owner using the car as is and if you decide to improve it further you will be simply adding more value to it. 873 UYJ is UK registered with a red UK V5c and is MOT and tax exempt.